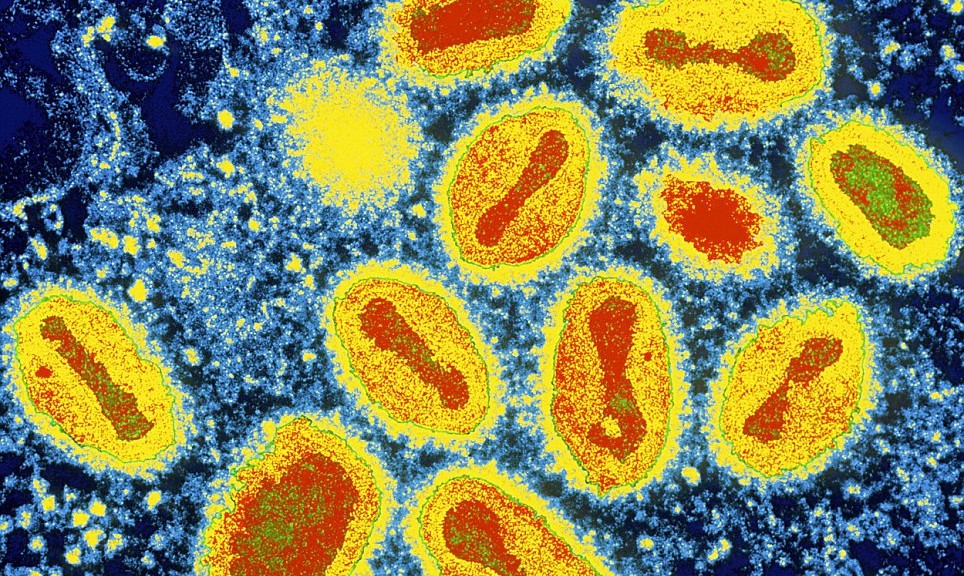 In 1796 a man named Edward Jenner noticed that dairymaids who worked with cows and came down with cowpox never came down with smallpox. He developed a vaccination using the cowpox virus. (The word vaccination comes from the Latin word for cow – vacca.)

By the early 1900s smallpox had been mostly eliminated in the US and much of Europe – the last case of smallpox in the US was in 1949 and the last European cases were in Yugoslavia in 1972. By the mid-1970s smallpox remained only in the Horn of Africa.

The last victim anywhere of naturally occurring smallpox was Ali Maow Maalin who was diagnosed in Somalia on October 26, 1977. He survived and spent his life fighting to stop another deadly disease – polio. He died of malaria in 2013.

The disease seemed to have been conquered, but in 1978 a woman in the UK named Janet Parker fell ill with smallpox. She had worked at the University of Birmingham Medical University on a floor two stories above a laboratory that was doing research on live smallpox virus.

Parker had been vaccinated when she was younger but booster vaccines are needed to keep immunization up-to-date and it had been 12 years since her last shot. She died on September 11, 1978. 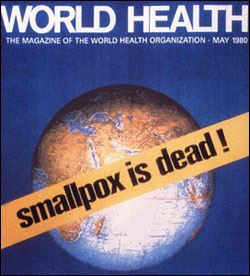 In 1980 the World Health Organization issued a resolution declaring the successful eradication of smallpox. In 1986 they recommended that the last samples of the virus be destroyed and set the destruction date for December 30, 1993. The date was postponed to June 30, 1995 but has still not been done. The Centers for Disease Control and Prevention in Atlanta, GA and State Research Center of Virology and Biotechnology VECTOR in Koltsovo, Russia still have stocks of the virus.

You can learn more from these two free Yale University lectures “Smallpox: The Speckled Monster” and “Smallpox: Jenner, Vaccination, and Eradication“.