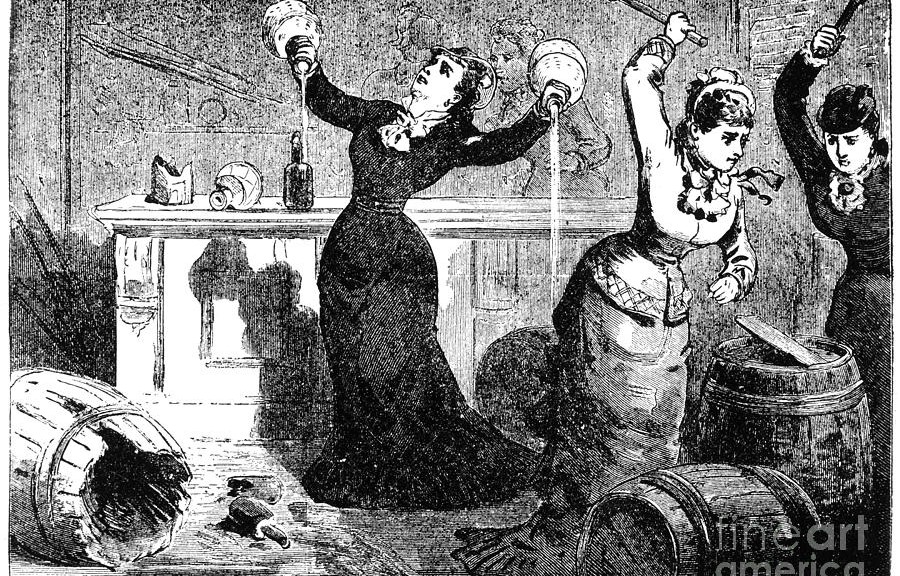 The 18th Amendment to the U.S. Constitution was passed by Congress on December 18, 1917 and ratified on January 16, 1919. A ban on the sale and production of alcoholic beverages went into effect one year later on January 20, 1920.

After one year from the ratification of this article the manufacture, sale, or transportation of intoxicating liquors within, the importation thereof into, or the exportation thereof from the United States and all territory subject to the jurisdiction thereof for beverage purposes is hereby prohibited.

The Congress and the several States shall have concurrent power to enforce this article by appropriate legislation.

This article shall be inoperative unless it shall have been ratified as an amendment to the Constitution by the legislatures of the several States, as provided in the Constitution, within seven years from the date of the submission hereof to the States by the Congress. 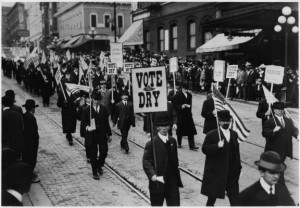 The temperance movement – people against the consumption of alcohol – had been growing in the U.S. since the 1820s pushed by a renewed interest in religion. It became a social justice cause for women, and as they acquired the vote, they were able to increase the political pressure to ban liquor.

The final straw may have been the anti-German sentiment brought about by World War I. Many of the United States’ breweries were owned by German-Americans and were viewed as unAmerican. Trying to deflect the temperance movement from shutting them down, the breweries attacked distilleries and hard liquor, and promoted beer as a healthful drink. 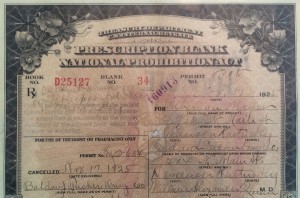 Even during Prohibition you could buy and consume alcohol, if you had a doctor’s prescription for it. (Not unlike medical marijuana in some states today.) A prescription would let you buy up to one pint every ten days. A Chicago drugstore (Walgreen’s) with 20 stores in 1920 grew with the help of prescribed alcohol and had over 525 locations by the end of Prohibition. This is why there are liquor sales in drugstores today, even in states that don’t allow hard liquor to be sold in stores other than liquor stores. (The laws vary from state to state on whether beer, wine, or liquor can be sold in grocery or convenience stores.)

The eighteenth article of amendment to the Constitution of the United States is hereby repealed.

The transportation or importation into any State, Territory, or possession of the United States for delivery or use therein of intoxicating liquors, in violation of the laws thereof, is hereby prohibited.

This article shall be inoperative unless it shall have been ratified as an amendment to the Constitution by conventions in the several States, as provided in the Constitution, within seven years from the date of the submission hereof to the States by the Congress.