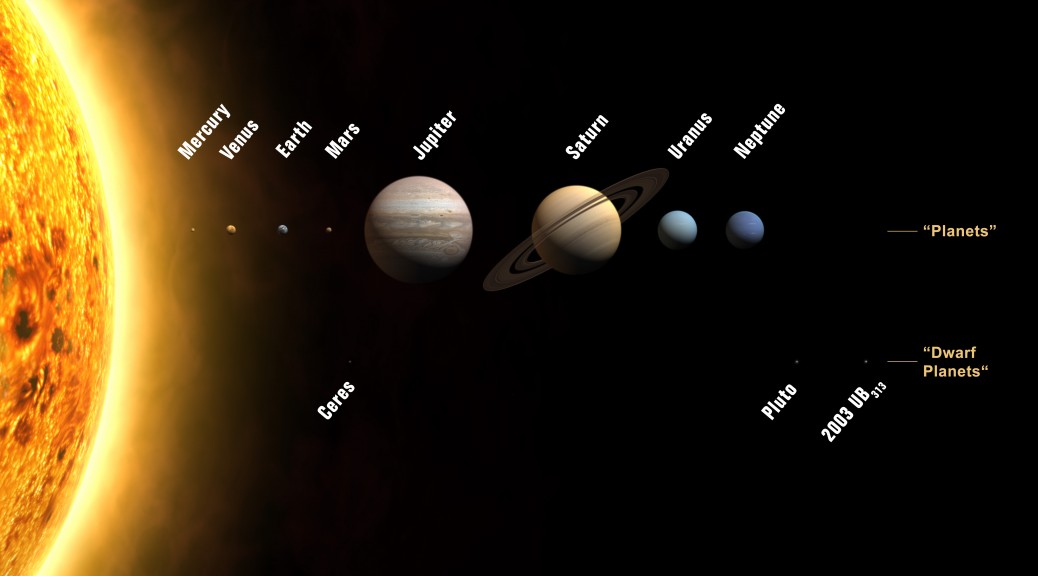 If you mean all in a row like the picture at the top of this post, the answer is never. The last time the view of them from the Earth had them within 30 degrees of each other was 561 B.C. In April 2002, a few of them – Jupiter, Saturn, Mars, Venus and Mercury – appeared to line up over the Western horizon. This same pattern of these five planets will repeat again on September 8, 2040.

When an astronomer speaks of the planets being in alignment, it means that, when looking at them from the Earth, you can see them in the same general area in the sky.

Solar System Live – set the date and time to find the location of planets.

Pictures and news from NASA’s Solar and Heliospheric Observatory

And just as an extra bonus, here’s David Bowie singing “Life on Mars?”.

Maybe some microbial life, definitely one little explorer bot.  I know the Mars Rover isn’t alive, but on its birthday, it sings (hums? chimes?) to itself. Teaching a robot to do something that would be done out of loneliness if a human did it is a pretty clear sign that it will eventually develop sentience. I know this because I’ve seen a lot of scifi movies and TV shows. It Always Happens!

August 5 will be the anniversary of the Mars lander arriving on the planet.