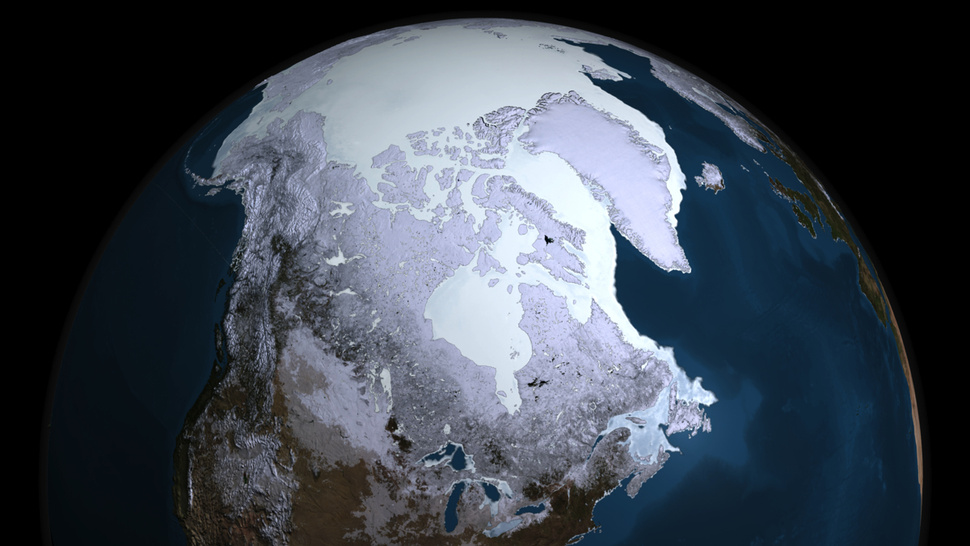 If you’re asking about the geological period called an “ice age”, the most recent one is going on now, but there’s no need to run out and find a tauntaun to climb into. The term “ice age” refers to a period when there are polar ice caps. The current one began about 110,000 years ago and for the past 11,000 years we have been in an interglacial period.

The Last Glacial Maximum was about 20,000 years ago when ice covered around 10 million square miles of the Earth. Glaciers covered all of Canada and parts of the U.S. In Europe ice came down as far as the British Isles.

There have been at least five major ice ages but for most of Earth’s history, the poles have not been covered in ice, and glaciers were only at high altitudes (alpine glaciers).

There was a period from the late 1300s until around 1850 that is known as the “Little Ice Age”. It brought colder winters and cooler, wetter summers. It has been blamed for famines, plagues, and general human stupidity (witch hunts, war, riots, and the French Revolution).

The interglacial period is usually about 10,000 and it’s been longer than that, does that mean Winter Is Coming? Yes, but we have thousands, even tens of thousands, of years to prepare for it.
Find more about the Little Ice Age from History.com.